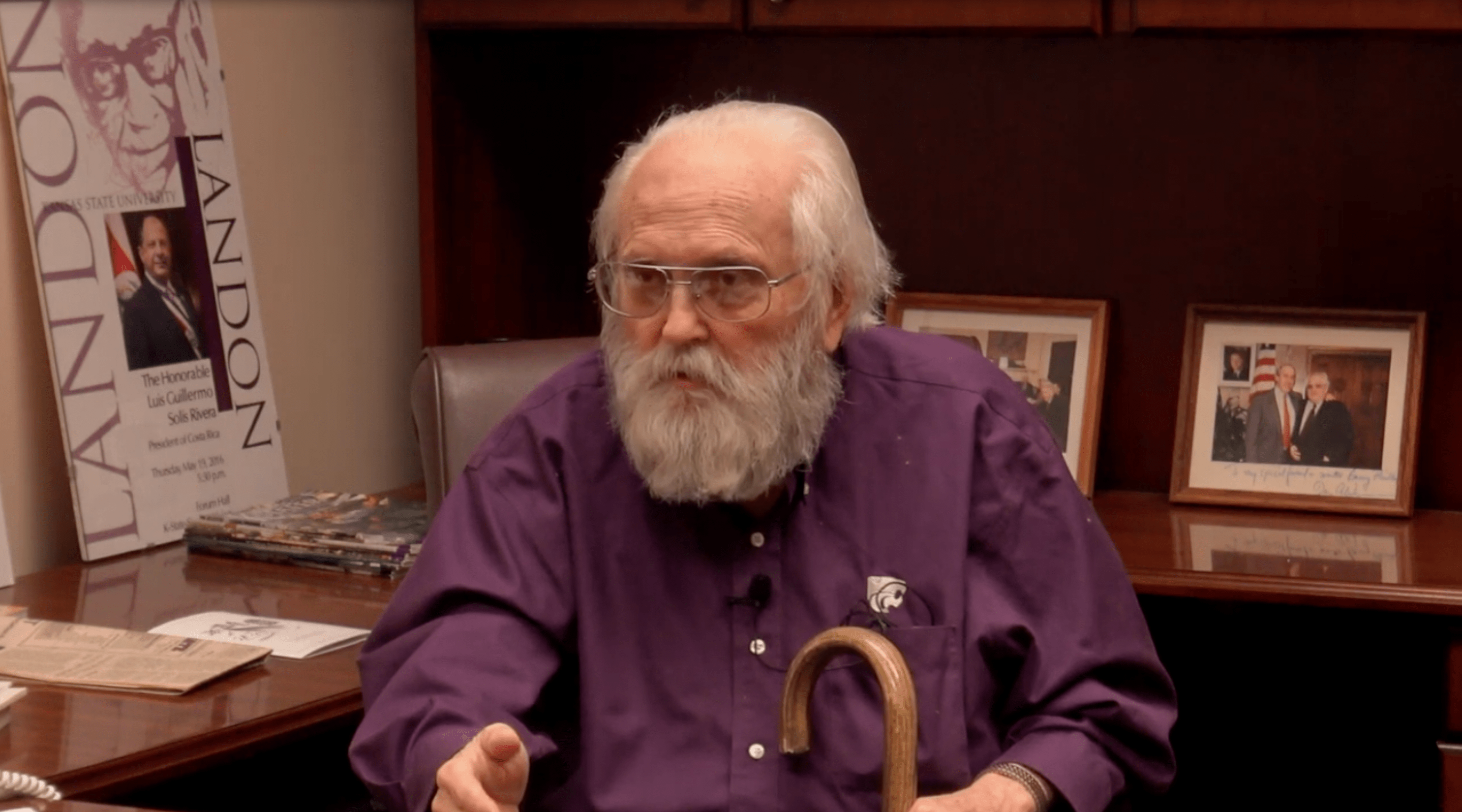 I once interviewed a grey bearded statesman named Dr. Barry Flinchbaugh for my podcast. I was passing through Manhattan, Kansas and I made an appointment to come by his office in the agriculture department at K-State. It was fun, as an old man, he could tell jokes and stories that would be difficult for almost anyone else to get away with. When published it was well received.

Dr. Flinchbaugh passed away about a year later. Word spread like wildfire, but the sadness had to be dealt with alone, people couldn’t gather during the COVID lockdowns.

About six months later I received the following note:

When I was cleaning out Barry’s office I found a reference of the podcast you did with Barry.  I was able to access it and couldn’t  stop watching it until the end.  You did an incredible job interviewing him.  It brought back so many memories and it was like I was sitting there watching the two of you.  You truly captured Barry and so many of the wonderful stories that he shared with his K-State family.

The letter went on to ask if they could use part of the interview during a memorial service. Of course I consented.

A few months passed and I received word that the memorial service was a hugely attended event; former students, his family, senators and people from throughout agriculture attended.

Prior to this point, I had enjoyed recording people’s life stories but I didn’t fully understand these Legacy Interviews until Barry (and those that loved him) helped me to discover it. I received a barrage of emails from people I’d never met, thanking me for giving them one more conversation, a chance to hear his laugh, and see the twinkle in his eye. It is difficult for me to fully describe the value of these interviews when we intentionally capture a persons stories about their childhood, career, marriage, parenting and the legacy they want to live behind. So it was the thank you letter I received from the woman that had cleaned out his office, that helped me to clarify what a Legacy Interview is, “it is a celebration of life.”

A celebration of the spark a person has and a commitment to pass down the wisdom and light of a life being well lived.

The quality that makes husbands happy with their lives

What do people want to hear from their great grandfather?

What do people want at their funeral?